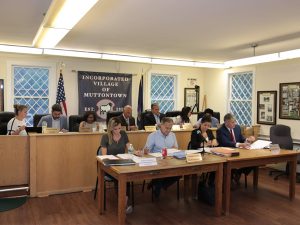 The Incorporated Village of Muttontown is governed by a Mayor and six Trustees each elected to four-year terms. This seven-member governing body is empowered to enact local ordinances, levy municipal taxes and conduct the affairs of the Village. In almost all cases, it can review and approve the actions of other Incorporated Village of Muttontown committees and agencies. The Mayor and Board of Trustees conduct all of their business during monthly meetings or scheduled work sessions, which are both open to the public. See the calendar for a complete listing of dates and times. All legislative powers of the Village are exercised by the Mayor and Board of Trustees. These powers can take the form of a resolution, local law or proclamation.

Board of Trustees Meeting Schedule & Agendas

Minutes from Past Meetings 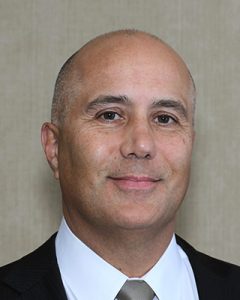 Dr. James M. Liguori – Mayor
jliguori@muttontownny.gov
Dr. James M. Liguori has been a resident of Muttontown for over 15 years where he has raised his three children with his wife, Barbara. He trained at Albert Einstein College of Medicine and has been a practicing board certified neurologist for over 20 years. In addition to being an Honorary NYPD Surgeon, he is also a member of the Nassau County Department of Health Reserve Corps. 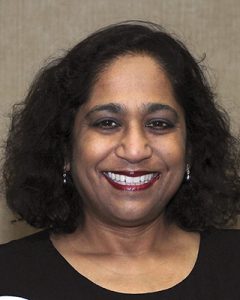 Dr. Sudha Prasad – Deputy Mayor/Trustee
sprasad@muttontownny.gov
Dr. Sudha Prasad has been a resident of Muttontown for over 20 years where she has raised her three children with her husband, Dr. Amiya Prasad. A practicing pediatrician for 28 years, she trained at Boston University School of Medicine and Weill Cornell Medical Center and worked at NYU Winthrop in Hempstead, NY as Clinical Director of Pediatric Care. She is currently CEO of Prasad Cosmetic Surgery and Chair of the Education Committee for Nassau County Pediatric Society. 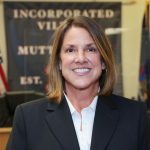 Toni Bardong – Trustee
tbardong@muttontownny.gov
Toni Bardong has been a resident of Muttontown for over 4 years. She and her husband Steve purchased one of Muttontown’s historic homes where they are raising their 5 children. She earned her Bachelor of Arts from Lawrence University and worked in the fashion industry before moving to Long Island. An avid volunteer, Toni was a member of the SARB board and currently serves on the Community Activities Committee, as well as several committees in her children’s schools. 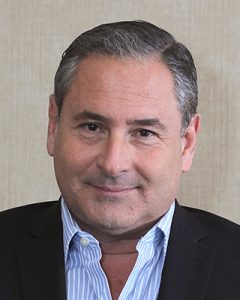 Chris Economou – Trustee
ceconomou@muttontownny.gov
Chris Economou has been a resident of the Muttontown area for over 30 years, raising four children with his wife, Anthie. He earned his J.D. from St. John’s School of Law and is currently an attorney-at-law and Partner at Economou & Economou, P.C. in Syosset, NY. Formerly a Parish Council Member and Parishioner at Holy Trinity Greek Orthodox Church, he is currently an Executive Board Member St. Edward’s, CYO, and Commissioner of St. Edward’s Girls’ Basketball/Volleyball. 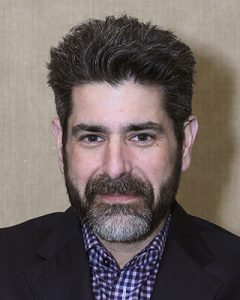 Brian Fagen – Trustee
bfagen@muttontownny.gov
Brian Fagen has been a resident of Muttontown for over 11 years where he is raising two children with his wife, Randi. He earned his B.A from Indiana University and his J.D. at St. John’s School of Law. Formerly the Executive Vice President of Prestige Toy Corp and a former Prosecutor with the King’s County District Attorney’s Office, he is currently a licensed associate real estate broker with Douglas Elliman Real Estate and a member of the Board of Trustees for the Crohn’s and Colitis Foundation, Long Island Chapter. 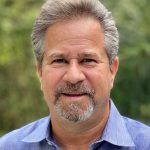 Michael Schloss – Trustee
mschloss@muttontownny.gov
Michael Schloss has been a resident of Muttontown for over 21 years where he has raised his two children with his wife, Julie. He studied Industrial & Systems Engineering at the University of Southern California. He has worked in the digital imaging and office technology industry for over 30 years.  He is actively involved in numerous organizations advancing the performing arts and education. Michael previously served on the Village of Muttontown Site and Architectural Review Board. 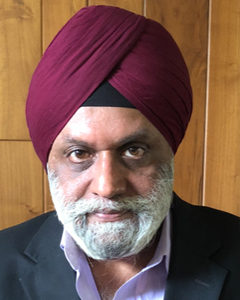 Mohinder Singh – Trustee
msingh@muttontownny.gov
Mohinder Singh has been a resident of Oyster Bay since 1986 and a resident of Muttontown for over 4 years. He operates several local businesses including Dunkin’ Donuts Baskin Robbins stores and Pizza Hut stores in both Nassau County and Suffolk County. He is a part of all the local Sikh Temples in Nassau County, namely in Hicksville, Plainview and Glen Cove and he has held positions of Treasurer, Trustee and Vice President.

Site and Architectural Review Board (SARB)

The SARB examines the exterior design of properties within the Village to ensure they retain the character of the neighborhood and are in accordance with appearance standards of the Village. All plans for new buildings, as well as alterations or additions to existing buildings, must be reviewed by the SARB as part of the permit process.

The Site and Architectural Review Board (SARB) is comprised of seven members who are appointed for a one year term. In addition to attending the meetings, Board members are encouraged to review applications and conduct site visits to the subject properties prior to the meeting. See the calendar for a complete listing of meeting dates and times. 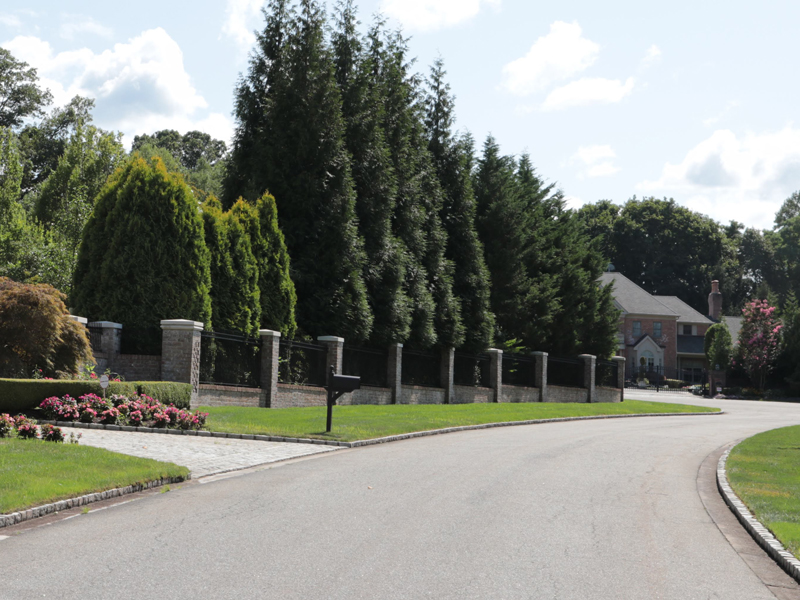 The Planning Board reviews plans for the development of vacant areas, streets, parks, and other public places, as well as subdivi­sions of private property, to ensure consistency with established Village standards. Applicants for all new buildings and altered land use activities will appear before this Board. This seven member board is appointed for terms of five years. See the calendar for a complete listing of meeting dates and times. 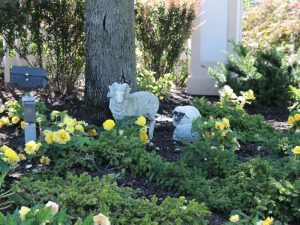 Zoning Board of Appeals

The Zoning Board is responsible for interpreting the Zoning Code and makes decisions on applications for variances and special permits. This seven member board is appointed for three year terms. See the calendar for a complete listing of meeting dates and times. 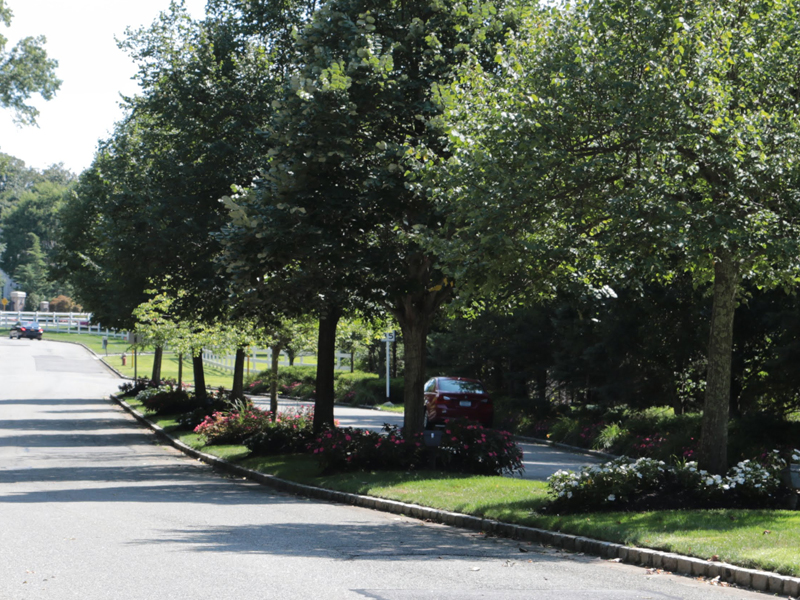 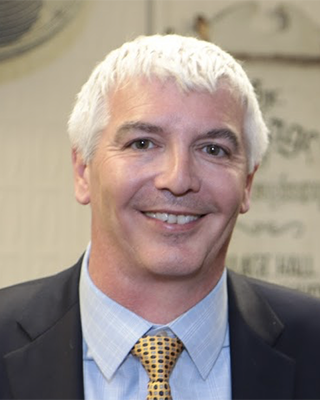 The elected Village Justice is a public officer duly elected to a four year term by the residents. The Justice serves on the bench of the Village Justice Court to hear all matters related to the Muttontown Village Court.

Nicholas J. Massimo has been a resident of Muttontown for over 4 years, raising two children with his wife, Sarah. He earned his Bachelor of Accountancy from The George Washington University and his J.D. from the Cardozo School of Law. He is currently an attorney-at-law and Partner at Massimo & Panetta, P.C. in Mineola, NY and is also a Director and Past President of the Board of Directors of the Nassau County Legal Aid Society. 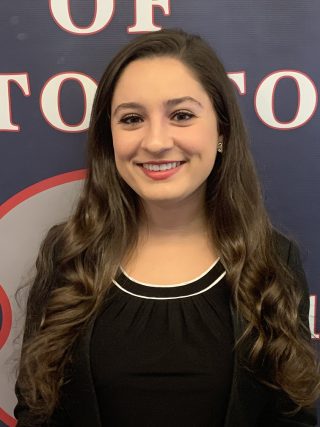 The Associate Justice is a public officer, appointed by the Mayor and subject to approval by the Board of Trustees, who serves a term of one year. The Justice will serve on the bench of the Village Justice Court when requested by or in the absence of the elected Village Justice.

Magdalene Economou has been a resident of Muttontown area for over 25 years. She is an associate attorney at Robbins Geller Rudman & Dowd where she practices securities fraud litigation.  She received her Bachelor of Science degree in Biology from the New York Institute of Technology and her Juris Doctor degree from the Maurice A. Deane School of Law at Hofstra University.  As a law student, Magdalene interned for the Honorable Arthur M. Diamond, New York State Supreme Court.  Magdalene is admitted in New York State and the United States District Courts for the Eastern and Southern Districts of New York.

November 9, 2020 - Muttontown Amnesty Program - Village of Muttontown Announces Amnesty Program The Reconciliation “Amnesty” Program will run until January 31, 2023 and will give residents an opportunity to legalize and maintain renovations, reconstruction and work performed without permits to their property. Residents who take advantage of this program will be responsible for a $1,750 surcharge and permit fees required without […]